Children's World
children@elsmussols.net
Ideas for and from children and parents!

For my kids I'm slowly discovering the various options that it offers ANKI. Wonderful !
On YouTube it can be found a lot of tips and suggestions for efficient work with it. 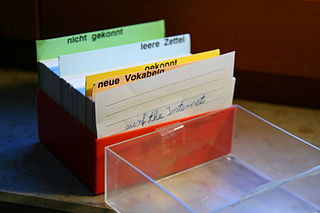 Some time ago, I learned foreign languages for myself in the old fashion way. It's time to refresh and to repeat !

Now I am using a very basic web tool. It works very (!) reliably for

Most important for me: The sharing and syncing is RELIABLE and runs on virtually every device.
Here is a web server I am using. But you can put the files (html, css, js, php) on any webserver that allows you to use PHP.

Despite the tool questions. Happy learning!

I just completed my Italian course a couple of months ago, 1.400 cards. Every card contains one or more sentence. Now I am struggling to keep it alive. Flash cards do not know any mercy

They keep showing up...

/update/
There is a German help only. Hmm, ;-(
Link to Source

You ask me the performing experience in family:
I have to preface we are at the beginning of our family-experience with Anki.
It’s a trial period, for us and the kits. We are testing how to handle a certain kind of information, for languages and other stuff.
The children have to learn 20-30 new-entries (school stuff) a week (words, short sentences).
In this moment I’m myself to input the data. Other times, but rather rarely, are the children who enter the data (Basic (and reversed card).
Home setting: For the kits there is no mobile device (till now). All work is happened on one Desktop Computer, one time a day, every day (“Anki-time”), 5-10 minutes. Motivation is mixed. Sometimes good, sometimes not so good. We will wait and see, with sweet firmness.

My hope for the kits is that flashcard-learning could be an valid method for the elaboration/collection of information, now or in the future. My personal experience in the past for myself was good.


@Alexandre Hannud Abdo
Android app works fine for me. Unfortunately, as I know, there is no multi-profile option.

I am curious to hear what you will say after a couple of month regarding Anki (bug free while copying data forth and back) and most of all how the kids made progress. (On my side this was a sad story. My son failed to learn Latin, to be more precise, refused to learn and had to change to a school without Latin. Both kids refused to use Anki/LanguageKISS after a while. At least my daughter made it through the whole Latin course.)

We will see..  I am curious too

I will keep you updated

View Profile
Haakon Meland Eriksen (Parlementum)
Mon, 30 Oct 2017 16:34:37 +0100
I used jMemorize and contributed a Norwegian translation years ago. What I liked about it was how quick it was to create a deck of cards and then use logaritmic spaced repetition, i.e. cards you remember are pushed to a later and later time, which leaves more time to repeat the cards you struggle with. How is Anki in that department?
Link to Source

Algorithm questions are relatively secondary for me. Important are an easy to use system and a system with less possible scheduling errors in real-world use. My intention is to keep the flashcard structure simple.  I'm curious how will be the performance. I hope to have set the right horse.
Long live a recent backup in any way !

I'm curious how will be the performance. I hope to have set the right horse.

That's what I was concerned about too. Meanwhile I think the most important thing is that you use it every day (independently of the tool). And, start to speak, read,...
Link to Source

The results are bad news for advocates of the learning styles concept. Student grade performance was not correlated in any meaningful way with their dominant learning style or with any learning style(s) they scored highly on.

Other activities, such as using flash cards, were associated with poorer performance, perhaps because they were a sign of learning by rote rather than deeper learning. 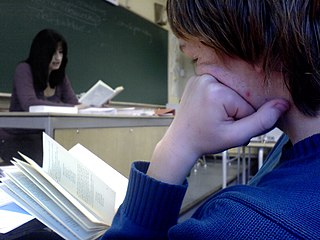 View Profile
Haakon Meland Eriksen (Parlementum)
Wed, 19 Dec 2018 18:18:15 +0100 last edited: Wed, 19 Dec 2018 18:31:00 +0100
Memory is quick if you practice focusing. If you focus the first time, there is no need to repeat it, because you already know it. However, we are usually not able to focus for very long, hence repetition is necessary for larger chunks of information. Space repetition does work.

Years ago I taught myself how to memorize a deck of cards. This is a very small and fixed piece of information, and so quick to learn and do. I will give you some examples of how to use this for fun. These are not tricks as in cheating, you actually do it. I was called to do that without having done it for 20 years, and while I was a bit slow, I did manage the Just In Time Deck.

# Just In Time Deck
The first example is the Just In Time Deck. Allow e.g. five people to shuffle a full deck and take out one card each, then hand you the deck. You go through it once as quick as you can, and then hand the deck back. At this point, the five can know the card or not know the card they took. It does not matter. The JIT version lets you now say which five cards have been taken, so name one and let the person holding that card reveal it to the others, continue with the other four.

# Pre-Time Deck - unordered
The next example looks similar, but it is not. You remembered the deck as you went through it, right? If you did, great, if not then for this one you need to remember a deck first - let us call it the Pre-Time Deck - unordered. The easiest variant of showing the Pre-Time Deck unordered is to have someone cut the deck you have remembered. You will now be able to say which card is previous and next after the one showing. You can also ask for a card and say which number it is in the deck, but it will be slow.

# Pre-Time Deck - ordered
As before, the full deck can be borrowed and shuffled by somebody else, but you need to look through it once. However, and different from the last version, now you add an index as you memorize the deck, e.g. Seven of Hearts is first, Three of Clubs is second and so on. Now you can ask for any number between 1-52 - or 52 - 1, birthdays or other significant dates will be between 1-31 so allow to start counting from the top or bottom. You can do the cut as before, but this time you can say which cards are four before or seven after.

So how is this done?

To do the JIT Deck, as you go through the deck only once, you use pre-learned mental images for each card and explode the image. As you hand the deck back, you start going through each suite's pre-learend images in your head - Spades, Hearts, Clubs and Diamond - those you had not exploded, those are the once that were taken.

To do the Pre-Time Deck - unordered, as you go through the deck only once, you use the same pre-learned mental images for each card and contect them as in a story or you can use Loci - put each card from your front door through every room in your house. When the deck is cut or someone names a card, you see its place in the story or in your house, and you can look at what came before or after.

You need to know how to create those mental images, because they follow a strict system. Let us start with the digits first, there are only ten of them - 0, 1, 2, 3, 4, 5, 6, 7, 8 and 9.  They look like consonants - 1 looks like a t, 2 looks like an n on its side, 3 looks like an m on it side, 4 looks like an R reversed and lost its leg, 5 looks like an S, 6 looks like a b, 7 looks like part of a K, 8 looks like an calligraphy f and 9 looks like a P revered. These are fixed. We will be LISTENING for these, so we can allow ourselves a little wiggle room by adding that 1 can be T or D or TH - these three SOUND similar, okay?

Let us try Pi with ten decimals - 3.1415926535. Break a long number into groups of two or three or four as you normally would for phone number (well, you would if you are as old as me, pre cell phones - gasp :scream_cat: ). Okay, here we go - Pi with ten digits is M T R T S P N B S M S. Hm... Remember, we are LISTENING to consonant SOUNDS, so we do not care about correct spelling, okay? 3 1 4 - MoTHeR, 1 - Do, 5 9 2 - SPaiN, 6 - Buy, 5 3 5 - MuSeS. Mother, do Spain buy muses? Can you remember that? If not, create your own words or sentences. Now that you know the system, learning Pi to a hundred digits is probably easier, because you have much more wiggle room. Just create a fun sentence you can remember, and convert.

Hey, wait a minute - what about the cards. Ah, yes - I forgot about those.